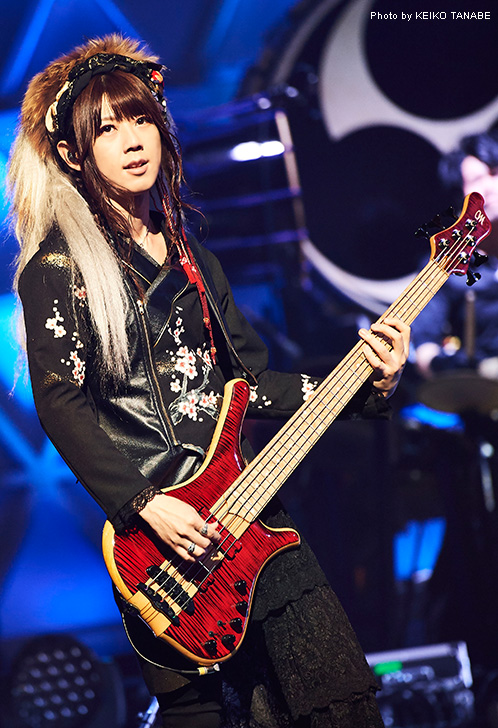 “Mayones has a beautiful look, marvelous sound, and amazing playability. In the end, all things in my Mayones are wonderful.
I believe it is a lifetime genuine musical instrument.” – Asa

Their debut album [Bokaro Zanmai] released in April 2014. Their 2nd album [八奏絵巻] that was released on 2015 has won 1st position in Oricon Newcomer Weekly Ranking, and won the 57th award from [Kagayaku!Nihon Record Taisho Kikakusho].
Well known as an energetic performing band in Japanese and abroad, in 2016 was their 1st concert in Nihon Budokan, 1 year 9 month after their 1st debut. They also did their North America Solo Tour, as one of their goal for becoming worldwide well known band. In 2018, their 5th album [OTONOE] won the 60th award from [Kagayaku!Nihon Record Taisho Kikakusho].
In 2019, they has succeeded performing 2 days live concert at Saitama Super Arena. They are one of the most highlighted band in Japan currently.