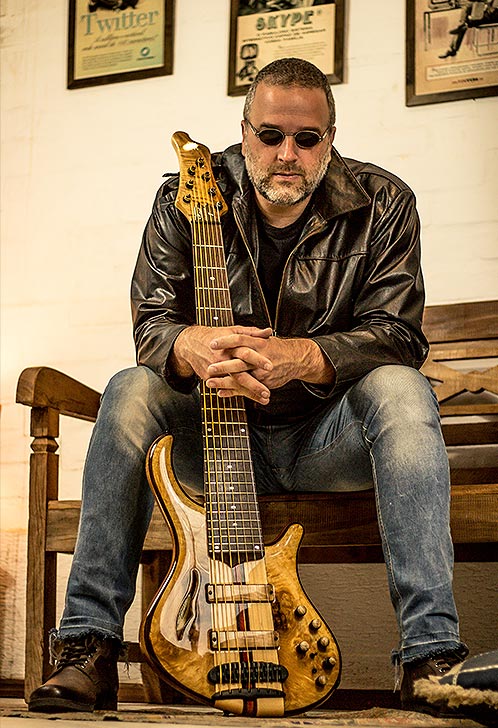 I’ve been playing the bass professionally for over 20 years now. During that time, I played and owned most of the top of the line basses but Mayones basses have something in them that are very unique and make them stand out among other brands.
There’s a lot of dynamics in traditional Brazilian music. From the fast tempos of the Frevo and the subtle grooves of the Maracatu, to the world well known Bossa Nova, the Mayones basses really deliver the most beautiful tones for all kinds of music.
Besides the sound, the instruments look absolutely amazing. Their construction and their finish are absolutely superb. I had the luck and privilege of visiting the Mayones factory in Gdansk and could see all of their staff working on the instruments. Those guys really know what they’re doing. The Mayones basses are the best I ever played. Period. – Eduardo Kusdra